!
Are you ready to vote?
Voter Essentials 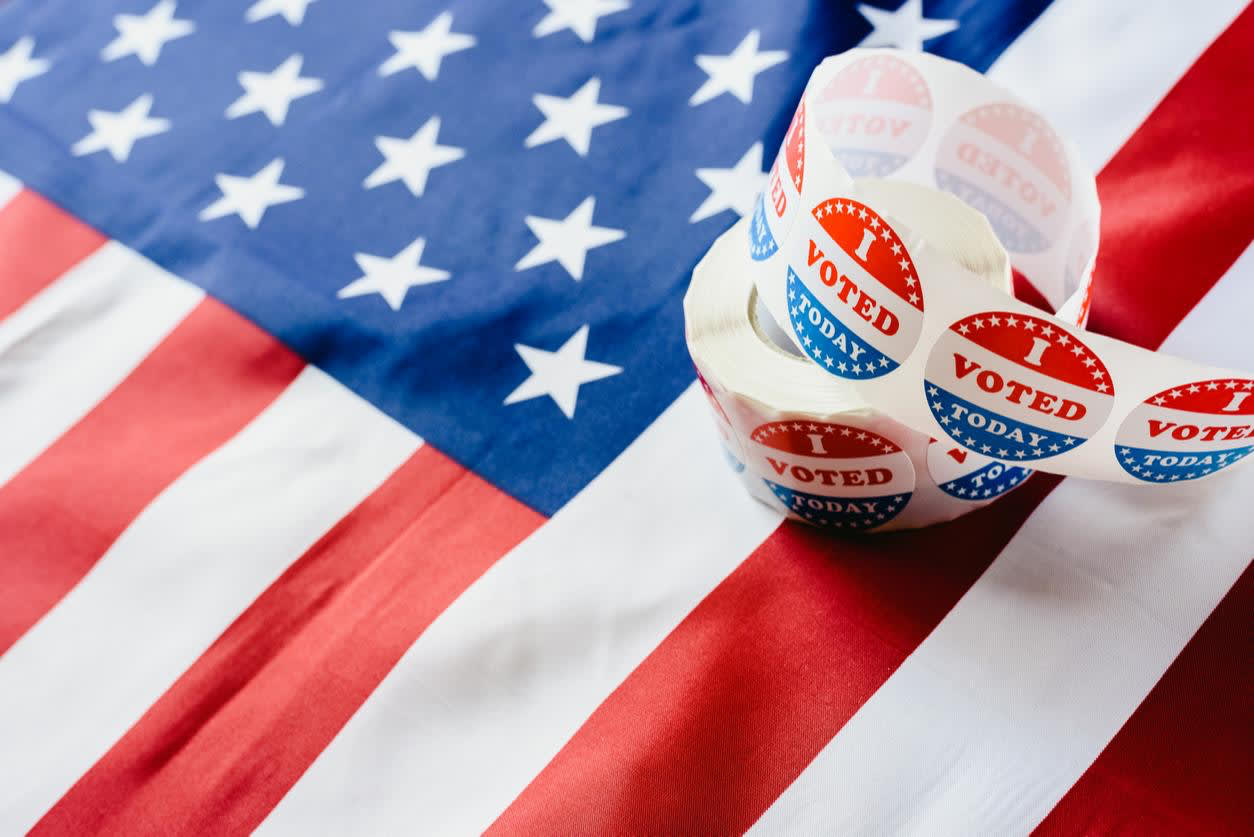 A Brief History of Voting Rights - And How To Find Yours

Responsibility for elections and protecting voting rights in the U.S. is shared between the federal government and state governments, with each responsible for administering different aspects of campaigns and elections. That has led to the enactment of a wide variety of election systems across the states, and controversy over legal challenges and proposed legislation.

The federal government is responsible for enforcing campaign finance laws through the Federal Election Commission (FEC) and Dept. of Justice (DOJ); voting rights through the DOJ; and for addressing qualifications and contested elections, which falls to the House & Senate.

State governments have broad responsibility for administering elections, including areas such as managing voting, determining voting methods & acquiring equipment, determining eligibility & identification requirements for voters (in compliance with federal law), and securing election systems. State governments receive a degree of assistance in carrying out those responsibilities from certain federal agencies:

WHAT IS THE VOTING RIGHTS ACT?

The Voting Rights Act of 1965 was enacted to guarantee the rights of racial minority groups, particularly Black Americans. Despite the ratification of the 15th Amendment in 1870 prohibiting race-based voter discrimination, many southern states implemented laws to systematically disenfranchise Blacks starting in 1890 in the post-Reconstruction South. These laws took on several forms:

The Jim Crow era saw the enactment of laws requiring the segregation of Blacks and whites in society, which worked to further diminish voter registration & electoral participation by Blacks in the South. When grandfather clauses were ruled unconstitutional in 1915, states turned to “white primary” elections which barred Blacks from participating in Democratic Party primary elections. Those primaries essentially functioned as general elections because of the Republican Party’s decline in the South after Reconstruction as Blacks’ voter participation was impeded.

This continued despite the outgrowth of the civil rights movement in the mid-20th Century and the enactment of laws like the Civil Rights Act of 1957 (after the longest filibuster in the Senate’s history) that were intended to eliminate voter discrimination. The turning point came at the Selma to Montgomery march in Alabama in 1965, which was a response to the violent and sometimes deadly resistance Black voter registration efforts in the South had been met with. After President Lyndon B. Johnson mobilized the National Guard to protect the marchers from violent counter-protests, he delivered a televised speech to announce he would send Congress a bill to prohibit voter disenfranchisement.

The Voting Rights Act of 1965 was LBJ’s second major civil rights bill, following the Civil Rights Act of 1964, and the VRA was intended to enforce the 15th Amendment. It allowed for direct federal efforts to increase Black voter registration in areas where it was suppressed and prohibited the use of practices like poll taxes and literacy tests by states in an effort to restrict voting. It also required areas with historic voter discrimination to seek the DOJ’s preclearance of proposed new voting laws before they could be implemented to ensure they wouldn’t disenfranchise. Black voter turnout in the South increased in the years that followed and caught up with Black voter registration in the rest of the U.S. by the 1992 presidential election.

The preclearance provisions of the VRA were reauthorized by Congress in 2006, but they were partially struck down by the Supreme Court in a 2013 decision known as Shelby County, Alabama v. Holder. The Court found that the formula used in the VRA ― which was based on voting patterns from 1964, 1968, and 1972 ― was outdated and no longer “grounded in current conditions”, infringing on states’ rights as a result. The Supreme Court left the preclearance provisions intact, but dormant, pending the adoption of a new formula by Congress which hasn’t occurred as of 2020.

WHAT IS VOTER FRAUD?

Voter fraud is an illegal act committed by a voter in the course of an election, such as duplicate voting, false registration, fraudulent use of absentee ballots, ineligible voting, and voter impersonation. Similar behavior is referred to as election fraud when committed by candidates, party officials, or election workers, which can include providing improper assistance at polling places or vote buying. When fraud is detected by election administrators or the courts it can cause the results of the election to be overturned and a new election scheduled.

Voter fraud and election fraud are relatively rare. The Heritage Foundation has compiled a database that catalogs 1,259 instances of proven fraud dating back to 1982, although the database is not comprehensive or exhaustive. Since that time there have been hundreds of millions of votes cast in elections at all levels of government, so instances of fraud perpetrated by voters, candidates or their campaigns, and election officials represent a very small proportion.

WHAT ARE SOME PROPOSALS THAT AIM TO PROTECT THE INTEGRITY OF ELECTIONS?

Cybersecurity: States are eligible to receive federal grants to augment their own election security spending that are intended to prevent attempts to hack into voting machines at polling places and tabulation machines that count votes.

Paper ballots: While many states already provide voters with paper, hand-marked ballots to use, those that rely on paperless, electronic voting machines are moving to integrate paper ballots as backups before eventually replacing the paperless machines altogether.

Voter ID: A more controversial proposal to protect the integrity of elections are voter identification (ID) laws that have been adopted by many Republican states. According to the National Conference of State Legislatures, 35 states have voter ID laws in effect as of June 2022.

Click on your state to find your ID laws:

These voter ID laws can be broken down in two ways: states which require a photo ID versus states which don’t; and those with strict or non-strict responses to voters who arrive at the polls without acceptable ID which can be contrasted as follows:

Supporters of voter ID laws contend that they increase public confidence in elections through the prevention of in-person forms of voter fraud. Detractors argue that they place an undue burden on eligible voters to exercise their right to vote and that in-person voter fraud is rare.

WHAT ARE SOME PROPOSALS THAT AIM TO EXPAND VOTING ACCESS?

Advocates of vote-by-mail argue that it increases turnout, reduces election costs from not having to pay staffers at polling places, and gives voters time to study the issues at home before filling out their ballot and mailing it or turning it in at a designated dropbox.

Detractors say that it diminishes the civic experience of going to a local polling station with other voters, increases printing costs for elections, can lead to ballots getting lost in the mail, and can expose voters to coercion from people at home or lead to ballot tampering.

Early voting expands access for voters whose Election Day schedules on conflict with their ability to get to the polls. The timing of early voting varies from state to state.

Check when you can vote here.

All of these states require voters to show proof of residency, but requirements vary, so check your state. Some require a state-issued photo ID, others permit no-photo IDs, and others permit voters to demonstrate residency with a paycheck or utility bill.

Automatic voter registration: Some states have policies that automatically register residents to vote in the course of completing transactions at the Dept. of Motor Vehicles (DMV), or through other government agencies.

As of January 2022, the National Conference of State Legislatures has identified 22 states and Washington, D.C. as having enacted or implemented automatic voter registration.

Some allow voters to opt-in or opt-out at the time of transaction, while others send a postcard to residents afterwards that has to be returned in order to opt out.

Advocates of AVR say it increases voter participation by making it easy to register. Detractors argue that the government shouldn’t infringe on citizens’ First Amendment rights to not participate in voter registration, particularly when the opt-out is provided through the mail after the transaction.