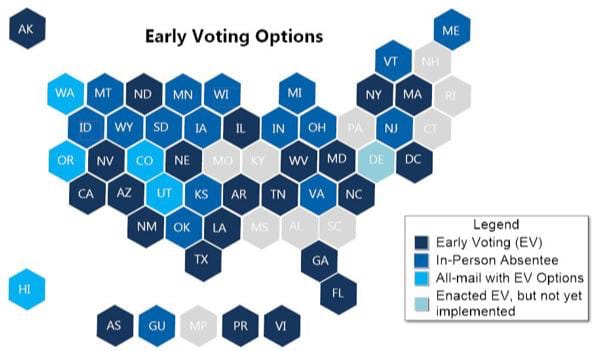 Voting begins in some states on September 18 – when can you cast a ballot?

Do you know when voting starts in your state?

You don't have to wait until November 3, 2020, to cast your ballot for president. On September 18, a few states will allow voters to begin casting their ballots in the general election. From there, it's a staggered race to the finish.

Every single state and the District of Columbia will afford some number of voters the opportunity to vote before Election Day, most of them significantly expanding access to these opportunities relative to prior elections.

Remember: You do NOT need an excuse to vote early.