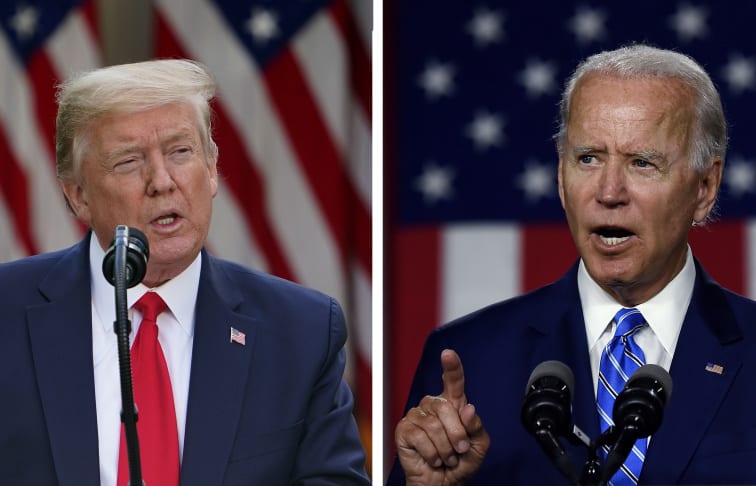 Americans may not know who won the presidency on Election Night

Do you think we'll know the victor in this year's presidential race at the conclusion of Election Day?

In a year of uncertainty, one thing is certain: we’re unlikely to know the next president of the United States on Election Day.

How Elections Usually Work: A Timeline

Typically, in all modern elections, various news outlets predict, then declare, the winner of each state. The count continues until one candidate reaches the number of electoral votes needed to clinch a victory: 270.

Then, sometime around midnight, one candidate delivers their concession speech and the future president delivers their victory speech. Indeed, the last time Americans had to wait past sunrise to learn the results of an election was in 2000, when George W. Bush faced off against Al Gore in a race ultimately settled a month later by the Supreme Court.

Congress convenes at 1 p.m. to certify the results of the electoral votes and officially declare a winner.

The president and their vice president running mate are sworn in at the U.S. Capitol in Washington, D.C.

What Could Change This Year?

Multiple election officials and experts in election law are warning that Americans should expect delays in November’s presidential election.

The biggest reason for the delay: a surge of mail-in ballots, which take longer to process than in-person votes.

Due to COVID-19, a number of states have allowed – or expanded – access to absentee voting. Currently, around 85% of Americans are eligible to vote by mail. The number of Americans who say they plan to cast a remote ballot has swung between 50% to, in a recent poll, 35%.

Once these vote-by-mail ballots are received, officials need to verify signatures and open envelopes. In a number of states, election officials can begin doing the above – known as “processing” – ahead of Election Day. Basically, these states can “tee up” the absentee ballots to be counted the moment the law allows.

But in many states – including the swing-states of Pennsylvania and Michigan – election officials are not allowed to begin opening mail ballots until Election Day. Meaning that even if Michiganders or Pennsylvanians mail their ballot this week, they can’t be counted until November 3rd. It is unlikely that these states will be able to fully count the deluge of mail-in ballots on Election Day.

Or the ballots received after November 3rd.

That’s right—not all states require ballots to be received by Election Day. In 26 states, ballots must be received by November 3rd. The other 24, and D.C., will count all ballots postmarked on or before Election Day—even if they arrive after the 3rd. (The date varies by state.)

COVID-19 has not only impacted mail-in voting. Voting officials have had to consolidate polling locations across the country because of the pandemic. And these locations may have fewer poll workers. (Poll workers tend to be older, which means they’re at an elevated risk for catching the novel coronavirus. During the primaries, this resulted in a shortage of poll workers.)

And all of this is happening during what is expected to be a record-breaking turnout election.

What this means is that in-person voters can expect long lines – with each voter six-feet from one another – on Election Day. (A reminder: If you’re in line when the polls close you can vote. Do NOT leave until you’ve cast your ballot.)

What Can You Do?

Whatever it is, do as much of it as you can in advance.