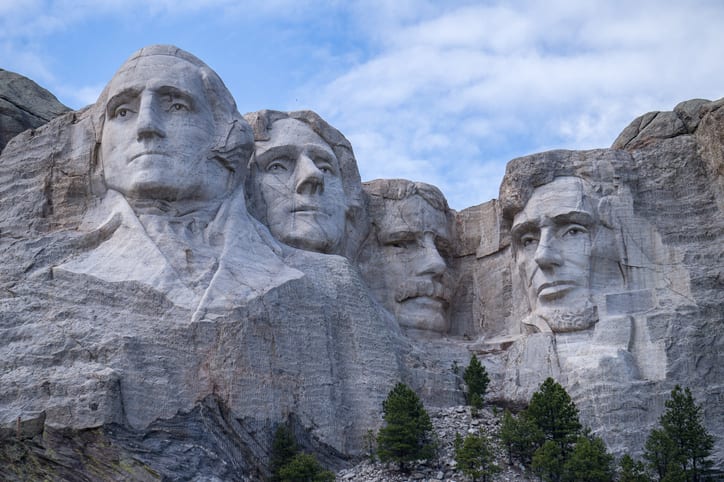 Are you worried about the peaceful transfer of power after this fall’s election?

Washington, D.C. March 4, 1801. 4:00 a.m. John Adams, the second president of the United States, escapes The District under the cloak of darkness. He could not bear to watch the inauguration ceremony of his friend-turned-rival, Thomas Jefferson. Adams was hurt. He was humiliated. He was bitter and broken. But in his departure, he established what would become a hallmark of the budding nation’s democracy: the peaceful transfer of political power.

For over 200 years, the defeated presidential candidate has gracefully accepted their loss and conceded the election, clearing the path for a smooth transition of power from the outgoing administration to the president-elect.

Adams & the origin of peaceful transitions

In February 1801, Congress met to resolve the fiercely-contested election of 1800.

In what is often referred to as the “Revolution of 1800,” Vice President Thomas Jefferson - of the Democratic-Republican Party - defeated incumbent President John Adams of the Federalist Party. But not at first. Jefferson and his running mate, Aaron Burr, initially received the same number of electoral votes.

Although Federalists and Republicans disagreed on the best implementation of the nascent Constitution, both parties accepted that the document should provide the framework under which the dispute should be settled. This sent the decision over to the House of Representatives, where, on the 36th ballot, Jefferson finally clinched the presidency. As Jefferson was being sworn in as America’s third president, Adams was in a stagecoach, headed to Quincy, Massachusetts.

Since that election, the tradition of a peaceful transfer of power has been preserved through times of war, fractious recounts (including, most recently, the 2000 Bush v. Gore election), and even during a previous pandemic, 1908’s Spanish Flu outbreak.

POSSIBILITY OF CONTESTED ELECTIONS IN 2020

A historically contentious election that may become contested

Many observers believe that the 2020 election will mark a turning point in U.S. history. Against the background of massive economic disruption, the ongoing COVID-19 pandemic, and a watershed moment for racial justice in the country, it’s impossible to overstate the momentousness of this fall’s election.

With so much on the line, voters and politicians are fervent in their attempts to secure an electoral victory. This hyper-partisan and impassioned environment raises the risks for a contested election.

As does the expansion of mail-in voting. With a historical number of voters casting their ballots remotely, day-of counts on Election Day may not accurately reflect the full vote. Most modern elections had a clear winner and loser by sunrise (even Al Gore delivered a concession speech before Florida became a battleground). This year, the vote count could take days, if not longer, to complete.

This volatile mix of a high-stakes election and delayed ballot count increase the odds of a contested election, which could imperil a peaceful transfer of power.

President Donald Trump, however, has repeatedly passed on committing to a peaceful transfer of power--or only committing to a “very peaceful” continuation if ballots were not counted.

On September 23, 2020, Trump said, “we’re going to have to see what happens” and reiterated his complaints about mail-in voting, urging the electorate to “get rid of the ballots.”

This was not the first time Trump had suggested he wouldn’t accept the election results, regardless of outcome. In a July 2020 interview with Fox News’ Chris Wallace, Trump said, “I have to see. No, I’m not going to just say yes. I’m not going to say no, and I didn’t last time, either.”

In a sign of our political institutions’ commitment to the peaceful transfer of power, it’s encouraging that the House of Representatives recently adopted a resolution supporting a peaceful transition of power in the event that President Trump loses to Democratic nominee Joe Biden. The Senate passed a similar resolution in late September.

WHAT CAN YOU DO?

Vote. Encourage others to vote. And be patient while awaiting the results of the election.