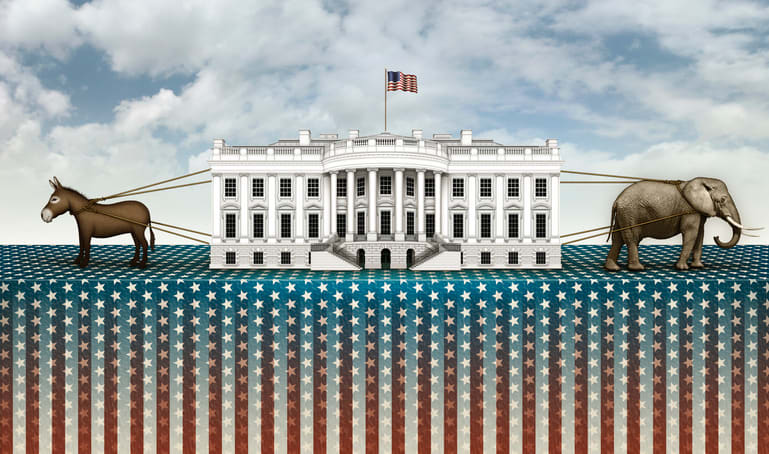 Are you concerned about voting fraud in the 2020 election?

The coronavirus pandemic, rampant falsehoods about voting security, misrepresentations about mail-in ballots, and a hobbling of the United States Postal Service have set the stage for a number of potential election disputes.

Contests to the Electoral College

The Twelfth Amendment of the Constitution gives Congress final say over who becomes president. This means that Congress has to confirm the results of the Electoral College.

On January 6th, Members of the House and Senate (including those newly-seated) meet in the House chamber to conduct the official tally of electoral votes. The vice president, as President of the Senate, presides over the count and announces the results of the vote.

A president could order their vice president not to participate in the electoral tally until the elections are confirmed clean or until there’s a recount.

However, a president - either newly elected or incumbent - could bypass Congress and go straight to court, disputing the results and setting up a legal battle. It’s happened before...

Ultimately, the conservative-majority Supreme Court stepped in to resolve the question, shutting down the recount and giving the 2000 election to George W. Bush.

“All candidates have a right to contest results in federal court,” Constitutional law expert Jonathan Turley explained to Politico. “It’s not up to the candidate to decide if an election is valid. It’s not based on their satisfaction or consent. They have every right to seek judicial review.”

Bush v. Gore was only about Florida and the fight took one month. In the 2020 election, it’s possible we could see Bush v. Gore x 50, as President Donald Trump or Former Vice President Joe Biden sue in each state.

The current Supreme Court has been apt to respect executive power—regardless of how they might decide an electoral victory. They could also decide that the president has the legal authority to postpone elections (or the VP confirming the results) via executive order.

Most experts agree that a president does not have the power to change the date of the general election. A 2004 report from the Congressional Research Service states: “While the Executive Branch has significant delegated authority regarding some aspects of election law, this authority does not currently extend to setting or changing the times of elections.”

Article II of the Constitution dictates that Congress alone has the power to determine the day presidential electors are chosen for the electoral college. Currently, this is set by federal law as the first Tuesday after the first Monday in November.

To change that date would require legislation to be passed through both houses of Congress and signed by the president. The possibility of this happening is close to nonexistent, given that millions of people around the country have already voted (according to the U.S. Elections Project, over 35 million people have already cast ballots).

Have elections ever been moved?

A March 2020 Congressional Research Service report stated that “During previous episodes of war, pandemic, or other deadly crises in American history, the presidential election date has never been changed in response to an emergency.”

Even if a president could delay the election, the 20th Amendment specifies that the president and vice president’s terms end at noon on January 20 “of the years in which such terms would have ended if this article had not been ratified.”

What this means: If no new administration has been formally (and legally) elected by January 20, the president and vice president would still be required to leave office and the line of succession would come into play.

What could be done now?