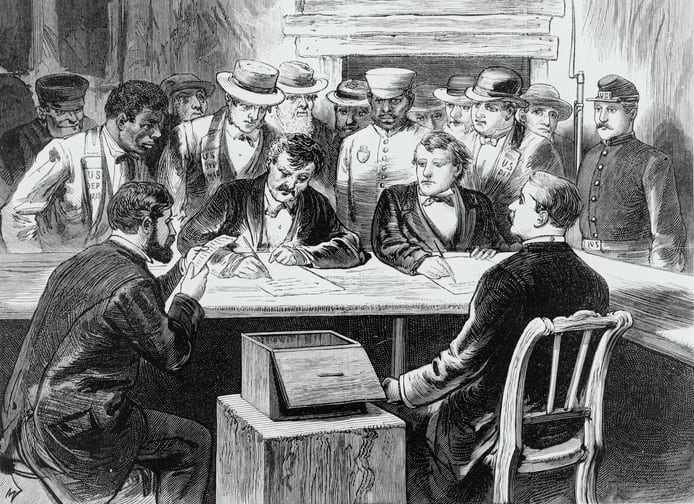 What is the Electoral College?

Should we abolish the Electoral College?

Every year around election season, political prognosticators love to talk about the potential drama that would arise if an election were to be thrown to the Electoral College. What exactly is the Electoral College, though, and why might it play an important role in this year’s presidential race?

Origin of the Electoral College

The Electoral College is a temporary group of electors who vote for the president. Technically, these electors — not the American people directly — vote for president. In modern elections, the first candidate to receive 270 out of the 538 total electoral votes wins the White House.

This system was developed at the 1787 Constitutional Convention after many months of contentious debate. On one side, some contended that Congress should pick the president; others wanted a democratic popular vote. The compromise that resolved this dispute led to the formation of the Electoral College.

How the Electoral College Works

In modern elections, the number of electors each state has roughly correlates to the size of its population. California, the largest state, has the most electors, while sparsely populated states such as Wyoming, Alaska, and North Dakota have the minimum of three electors.

Two states — Maine and Nebraska — award their electoral college votes by the proportion of votes received by each candidate. It’s therefore possible for some of each of these states’ electors to be awarded to the Democratic candidate while others are awarded to the Republican candidate.

Winning the presidency while losing the popular vote

Because U.S. residents and, by extension, electoral college votes, aren’t evenly distributed across the country, it’s possible for a candidate to win the popular vote but still lose the Electoral College.

This very situation has happened multiple times in the 21st century alone. Two of the last five elections were won by candidates who had fewer popular votes than their opponents:

In the 19th century, presidents John Quincy Adams, Rutherford B. Hayes, and Benjamin Harrison also won the presidencies without winning the popular votes.