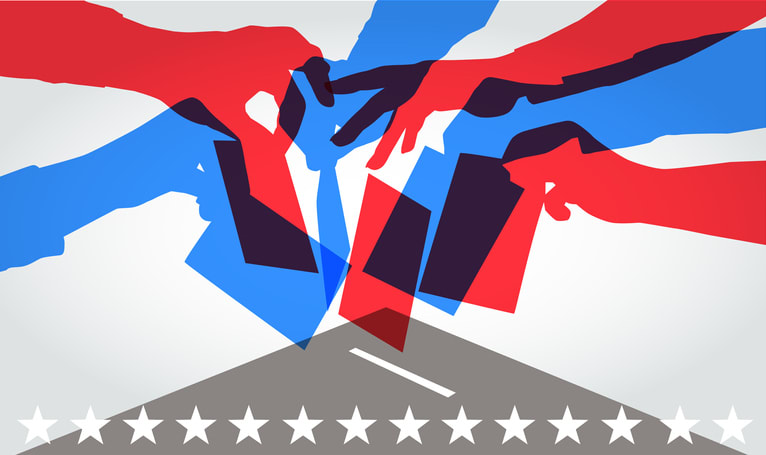 Voting in America: The role of states & the federal government

How do you feel about the integrity of the 2020 election?

Voting in America: The Role of the States & Fed

Have a pressing question or concern? Then there’s no question you should call 866-OUR-VOTE. This nonpartisan toll-free hotline - led by the Lawyers’ Committee for Civil Rights Under the Law - will connect you to an election expert.

In the U.S., the federal government and state government share the responsibility for protecting voting rights and managing elections. This has led to the enactment of a wide variety of election systems across the states, and controversy over legal challenges and proposed legislation.

The Constitution sets the criteria for congressional elections to the House and Senate in Article I. Article II covers presidential elections.

Several of the subsequent amendments to the Constitution also deal with elections and voting rights:

The role of the Fed

The federal government is responsible for enforcing campaign finance laws through the Federal Election Commission (FEC) and Dept. of Justice (DOJ). Voting rights are handled by the DOJ. The House and Senate are tasked with addressing qualifications and contested elections.

The role of states

State governments have broad responsibility for administering elections, including:

State governments receive assistance in carrying out the above responsibilities from certain federal agencies: