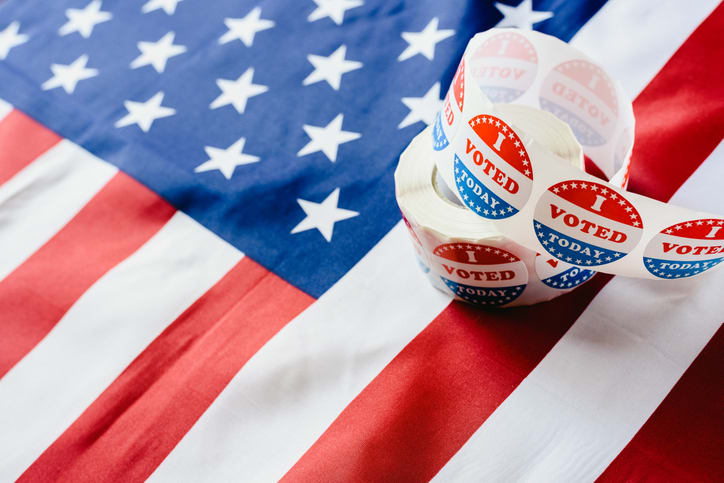 A brief history of voting rights — and disenfranchisement — in America

Is it time to revisit the Voting Rights Act?

Voting Rights (And Disenfranchising) in America

Have a pressing question or concern? Then there’s no question you should call 866-OUR-VOTE. This nonpartisan toll-free hotline - led by the Lawyers’ Committee for Civil Rights Under the Law - will connect you to an election expert.

What is the Voting Rights Act?

The Voting Rights Act of 1965 was enacted to guarantee the voting rights of racial minority groups, particularly Black Americans.

In 1870, the 15th Amendment was ratified, and prohibited voter discrimnination based on race. Despite this, many states in the post-Reconstruction South implemented laws to systematically disenfranchise Blacks. These laws took on several forms:

The Jim Crow Era saw the segregation of Blacks and whites in society, which worked to further diminish voter registration and electoral participation by Blacks in the South. When grandfather clauses were ruled unconstitutional in 1915, states turned to “white primary” elections which barred blacks from participating in Democratic Party primary elections. Those primaries essentially functioned as general elections because of the Republican Party’s decline in the South after Reconstruction.

Voter disenfranchising continued, despite the outgrowth of the civil rights movement in the mid-20th Century and the enactment of laws like the Civil Rights Act of 1957 that were intended to eliminate voter discrimination.

The turning point came at the Selma to Montgomery march in Alabama in 1965. The historical march was a response to the violent and sometimes deadly resistance Black voters faced while trying to exercise their constitutional right in the South. After President Lyndon B. Johnson mobilized the National Guard to protect the marchers from violent counter-protests, he delivered a televised speech to announce he would send Congress a bill to prohibit voter disenfranchisement.

The Voting Rights Act (VRA) of 1965 - LBJ’s second major civil rights bill, following the Civil Rights Act of 1964 - was intended to enforce the 15th Amendment. The VRA allowed for direct federal efforts to increase Black voter registration in areas where it was suppressed. It also prohibited the use of practices like poll taxes and literacy tests by states in an effort to restrict voting.

The VRA further required areas with historic voter discrimination to seek the Justice Department’s preclearance of proposed new voting laws before they could be implemented to ensure they wouldn’t disenfranchise. Black voter turnout in the South increased in the years that followed and caught up with Black voter registration in the rest of the U.S. by the 1992 presidential election.

The preclearance provisions of the VRA were reauthorized by Congress in 2006, but they were partially struck down by the Supreme Court in a 2013 decision known as Shelby County, Alabama v. Holder.

The Court found that the formula used in the VRA ― which was based on voting patterns from 1964, 1968, and 1972 ― was outdated and no longer “grounded in current conditions,” and, therefore, infringed on states’ rights. The Supreme Court left the preclearance provisions intact, but dormant, pending the adoption of a new formula by Congress which, as of 2020, hasn’t occurred.

Amid the coronavirus pandemic, numerous states have adopted no-excuse mail-in ballots for the 2020 presidential election.

These measures - some permanent and some temporary for this year alone - are meant to help prevent the spread of COVID-19 between voters and poll workers.

To check what your state’s doing this year, look it up on the state-by-state election details page.

Proposals to expand voter turnout during all elections

There are also several other proposals to increase voter participation, such as lowering the voting age to 16 or restoring the voter eligibility of convicted felons upon their release from prison. Another proposal is the elimination of straight ticket voting, which allows voters to choose a party’s entire slate of candidates with a single selection on the ballot in the seven states which utilize it.