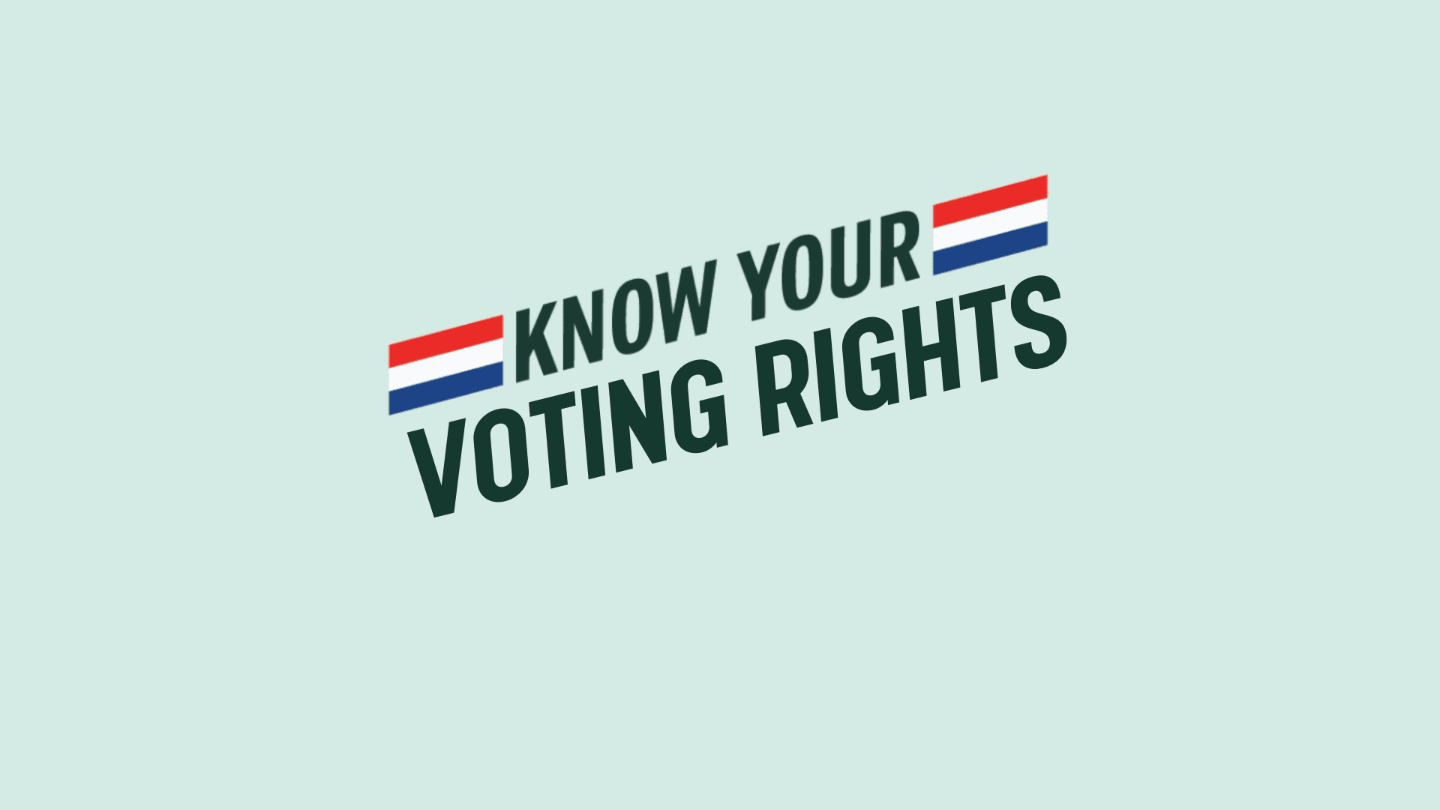 You vote every four - or, hopefully, two - years. But your reps debating in D.C. and introducing laws in your state capitol are voting almost every day. So it’s extremely important that they represent you--and protect your right to vote. Following the most contentious general election in modern history, various states, and branches of government, are looking to expand or restrict voting access. Below, you’ll find the resources you need to make sense of this issue.

To the victor goes the spoils--but what about second place? And what if there’s no agreement on who the victor is? Well, a few states have you covered: it’s called ranked-choice voting, or RCV, and it gives you the option of ranking candidates, in order of preference, when casting your ballot.

Find out why Maine, Alaska, and New York City have adopted RCV here.

Georgia became the first 2020 battleground state to pass sweeping legislation to roll back voting rights--despite no evidence of widespread fraud in November's election. CEOs and celebrities are pushing back, while GOP politicians are continuing to introduce laws to restrict voting access (253 laws, in 43 states, as of April 2021).

Wondering why your member of Congress is your member of Congress? District boundaries, that’s why. Wondering what yours looks like? Well, we can’t help you there, because they - literally - are all over the place. Sometimes, they even resemble weird creatures, like a salamander (yep, that’s where they get their name). Problems arise when boundaries are manipulated to favor or disfavor a particular party or candidate.

Meander over to our gerrymandering explainer and read how you can straighten those lines.

Congress is currently debating the most significant piece of voting-rights legislation in 50 years. How significant? For the People Act was designated as the first bill in both chambers (H.R. 1 in the House and S. 1 in the Senate). It’s a broad package that seeks to expand voter access, reduce the influence of money in politics, revise redistricting rules, and enact new ethics laws.

How do you want your reps voting on your right to vote? Tell them here.

So you just got your license and drive your parents to the polls and...have to wait in the car as they participate in democracy. While an amendment to H.R. 1 (see above) was rejected, the notion of lowering the voting age in federal elections from 18 to 16 continues to gain support. Rep. Ayanna Pressley (D-MA), who’d introduced the measure, argued: "Our young people are organizing, mobilizing, and calling us to action. They are at the forefront of social movements and have more than earned inclusion in our democracy.”

Regardless of your age, read the pros and cons of lowering the voting age here.