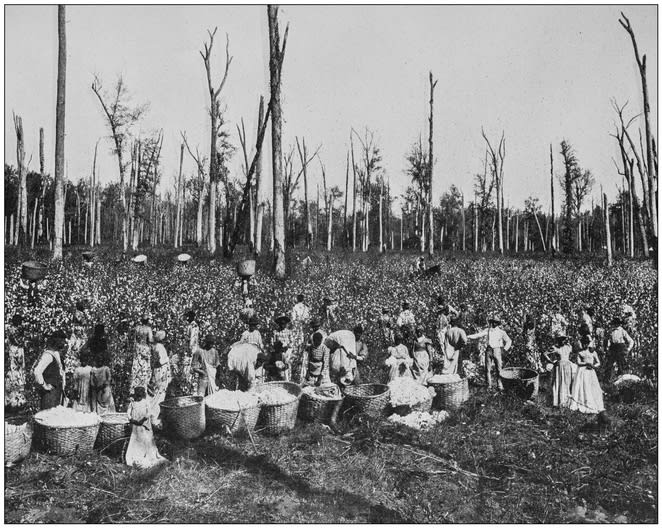 Should a federal commission study ways to make reparations to African-Americans?

Do you support reparations?

What does this bill do?

Among other requirements, the commission would examine:

This bill would authorize $12 million for the commission. The commission’s membership would consist of three members appointed by the president, three appointed by the Speaker of the House, one appointed by the President pro tempore of the Senate, and six selected from major civil society and reparations organizations that have historically championed the cause of racial justice.

What's the argument in favor?

Proponents of reparations contend that the legacies of slavery and other forms of discrimination, such as domestic terrorism in the post-Civil War South and redlining, have disadvantaged African-Americans in American society for generations. These factors have led to lower household wealth, lower educational attainment, and more damage to the African-American community. Reparation advocates argue that reparations are the only way to right this historic wrong.

Sponsoring Rep. Sheila Jackson Lee (D-TX) reintroduced this legislation from the 116th Congress (and prior to that, every legislative session since 1989) to establish a commission to study slavery’s impact on African-Americans and suggest proposals that would help repay descendants of slaves for the costs of centuries of racial discrimination. She says the hearing on this proposal “will not be a hearing of anger and anguish, it will be a factual hearing, the witnesses come with facts, United Nations will be there and indicate that reparations is an international concept of healing, repairing and restoring."

In an ABC News interview, Rep. Jackson Lee expressed determination to “take this through markup, which is a procedural process that we utilize in Congress as you all know, and then to the floor, and then we want to get into the United States Senate.” In other comments, she also expressed confidence in Congress’ ability to pass this legislation by focusing on the human rights violations committed against enslaved Africans:

“I think if people begin to associate this legislation with what happened to the descendants of enslaved Africans as a human rights violation, the sordid past that violated the human rights of all of us who are descendants of enslaved Africans, I think that we can find common ground to pass this legislation. Can anyone imagine that we’ve never gotten a simple, effective, deeply-embedded, and well-respected apology?”

Rep. Jackson Lee contends that passing this legislation would enhance America’s standing in the eyes of African countries and the global community. “I studied and went to school in Ghana as well as in Nigeria, and I believe that Africa should be one of the United States’ closest allies,” she said. “There is an eagerness in many of these countries, particularly with young Africans, to align themselves with America, with a democratic America. I think that the governments in Africa will respect the American government seeing that [America] has finally sought to remedy and repair a great loss for the continent, a continent where millions of Africans were taken from.”

Speaking at a House Judiciary Subcommittee hearing about this bill on June 19, 2020 (deliberately scheduled for “Juneteenth,” a holiday commemorating the day of emancipation for slaves in Texas on June 19, 1865 as well as the general emancipation of all slaves), Sen. Cory Booker (D-NJ) observed that the country has “yet to truly acknowledge and grapple with the racism and white supremacy that tainted this country's founding and continues to cause persistent and deep racial disparities and inequality. These disparities don't just harm black communities, they harm all communities." Sen. Booker argued that African-Americans deserve compensation not only for slavery, but also for the legacy of domestic terrorism against them post-Civil War, segregation, and redlining (a practice used by mortgage providers to keep African-Americans from obtaining mortgages). He said, “We as a nation must address these persistent inequalities. It's about time we find common ground and common purpose to deal with this ugly history."

In the 116th Congress, economist Julianne Malveaux also testified in favor of reparations at the House Judiciary Committee hearing. She argued that all white people benefited from the fruits of slavery, even if they or their ancestors were not involved, and said that it’s “more than time for us to deal with the injustices that African Americans not only have experienced in history but continue to experience.” Observing that “[e]nslavement is the foundation on which this country was built,” she argued that focusing specifically on racial economic inequality is necessary:

“Racism and slavery was our original sins, and we've got to deal with reparations by dealing exactly with that. Let's not forget that race is central to anything we do related to economic inequality… I want y'all Congress people to deal with economic structure.”

What's the argument against?

Conservatives have ridiculed calls for reparations as unnecessary, unworkable, cynical ploys for Black votes. As a party, Republicans are nearly certain to oppose reparations and use the concept to portray Democrats as left-wing socialists seeking a redistribution of the United States’ wealth.

Senate Republican Leader Mitch McConnell opposes the idea of reparations. In a June 2019 interview, he said:

“I don’t think reparations for something that happened 150 years ago for whom none us currently living are responsible is a good idea. We’ve tried to deal with our original sin of slavery by fighting a civil war, by passing landmark civil rights legislation. We elected an African American president.”

During the Juneteenth House Judiciary Committee hearing on this legislation last year, African-American freelance writer Coleman Hughes expressed opposition to reparations for all descendants of slaves. He suggested, instead, that reparations should be paid to those who lived under Jim Crow. Hughes said, “The people who are owed for slavery are no longer here.” Hughes’ testimony was received poorly by the mostly African-American audience. After Hughes finished his testimony, one audience member stood up and left, saying “It's time to go. I can't listen to that. That's garbage.” Former NFL player Burgess Owens, another African-American opponent of reparations, argued that it’s possible to achieve the American dream through hard work at the Judiciary Committee hearing.

At the House hearing on this bill in the 116th Congress, Constitution, Civil Rights and Civil Liberties Subcommittee Ranking Member Rep. Mike Johnson (R-LA) said in his opening statement that it would be difficult to provide African-Americans financial compensation for the actions of a “small” subset of slave-owning Americans. He also added that reparations would be “unconstitutional on its face.” In separate comments on the day of the hearing, Sen. Lindsey Graham (R-SC) said he didn’t know “where it stops” if reparations were to be implemented. He said:

“I just think we are so far removed from the event, it was the original sin of the country. I think let's just make it a more perfect union rather than look backward because I don't know where it stops when you do that. We're not a perfect country but we're trying to form a more perfect union and I don't think this helps."

Mary Frances Berry, a history professor at the University of Pennsylvania and author of My Face is Black, Is True: Callie House and the Struggle for Ex-Slave Reparations, says it’s “high time” for a commission on reparations,” but doesn’t believe that every black person whose ancestors were enslaved should receive a cash payment. Instead, she favors giving reparations to the descendants of those who signed the National Ex-Slave Mutual Relief, Boundary and Pension Association’s petitions seeking pensions from Congress. That organization — which was 300,000-member strong by 1900 — was started by Callie House as an effort to ask people who’d been freed from slavery to sign petitions seeking pensions from Congress. Berry says, “We have a group of people who we can identify, the descendants of those who argued for reparations, who sent stuff to Congress while they were being under surveillance and whose leaders were put in prison.” Separately, Berry has also called for a “reparations superfund” to award organizations to spour African-American entrepreneurship or help people attend college.

What's the history of legislative proposals on reparations?

This proposal was originally introduced by Rep. John Conyers (D-MI) in 1989 as H.R. 3745. In 1997, Rep. Conyers renamed the bill H.R. 40 in reference to the first (unfulfilled) proposal for reparations to African-Americans by the U.S. government in the form of “40 acres and a mule” to freed slaves after the Civil War. Rep. Conyers introduced this legislation for two decades, from 1989 to 2017, until he retired from Congress. Each time Rep. Conyers introduced this legislation, it would be referred to committee only to not be addressed.

When Rep. Conyers first introduced this legislation, it was a fringe proposal. However, it’s gained traction in recent years. In 2014, journalist Ta-Nehisi Coates’ article “The Case for Reparations” brought the idea of reparations to national prominence by documenting systematic discrimination by the Federal Housing Administeation (FHA), which classified black neighborhoods as undesirable for decades and refused to insure loans for black homeowners. In his essay, Coates argued that the idea of reparations is the important part. He asserted that the United States, as a nation, must seriously consider what it might owe some of its people.

In an interview, Coates said:

“This is about more than slavery; this isn’t about litigating things that happened 150 years ago. There are people who are alive today who are impacted by policies that came out of slavery… If we’re going to be a country that feels like Jefferson is important and Washington is important and the Declaration of Independence is important, and we’re going to be patriotic on July 4, then we have to be the same way about the things that shame us. We can’t say that things that ended 150 years ago don’t matter but somehow the American Revolution does matter. Either the past matters or it doesn’t.”

Sound off in the comments: Do you support reparations?