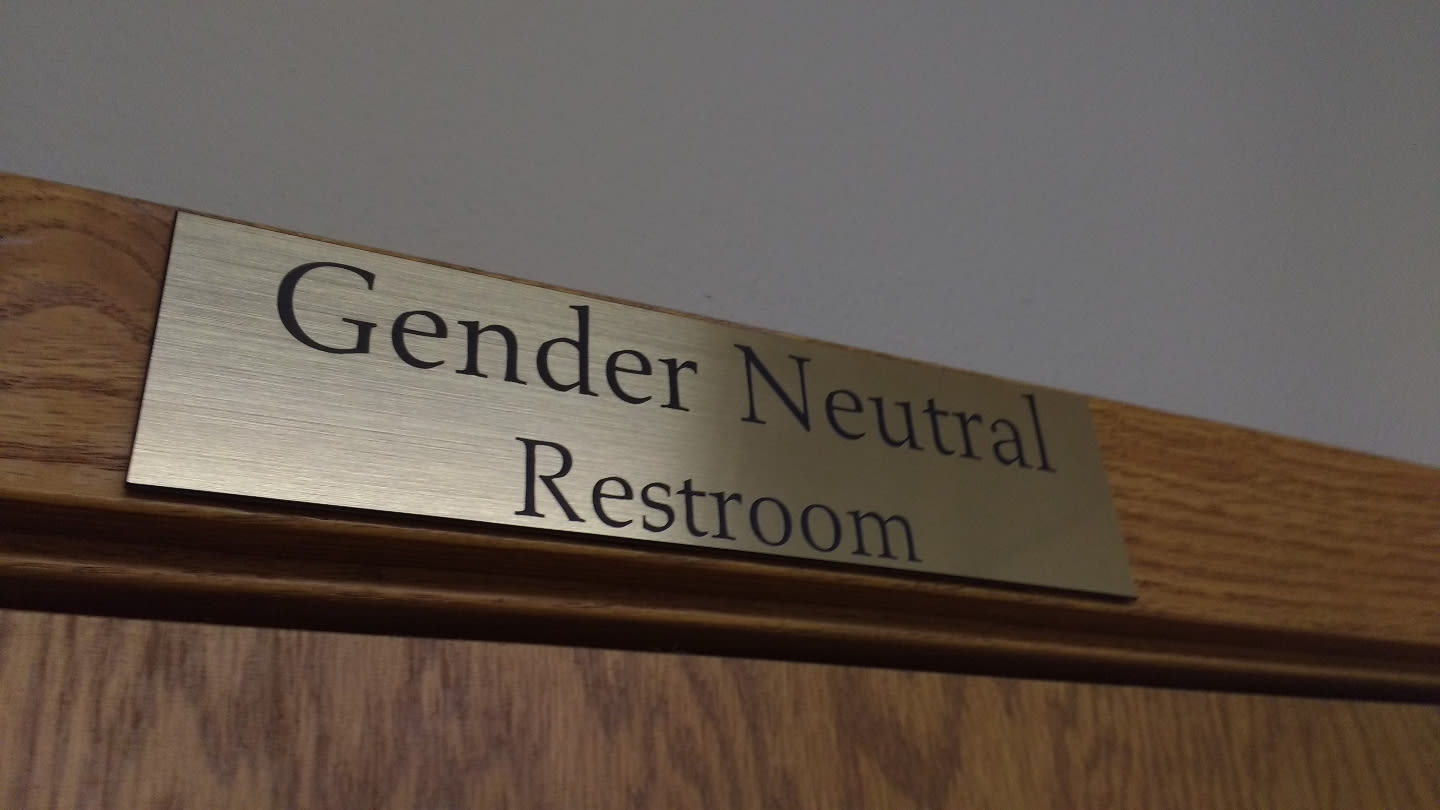 What would the Equality Act do?

The definition of public accommodation under the Civil Rights Act of 1964 would be expanded to cover nearly every entity that offers goods, services, or programs — including retailers, banks, transportation, recreational centers, and healthcare providers, among others. For example, public restrooms count as a “public accommodation”, so it’d be illegal to deny a person access to a public restroom (or a locker room or dressing room) based on their gender identity.

Defendants against discrimination claims wouldn’t be allowed to use the Religious Freedom Restoration Act as a defense to alleged discrimination on the basis of sexual orientation or gender identity.

Additionally, the bill would allow the Dept. of Justice (DOJ) to intervene in equal protection actions in federal court on account of sexual orientation or gender identity. It could initiate also cases against state and local governments for discrimination that occurs in publicly owned facilities other than schools and colleges.

What's the argument in favor of the Equality Act?

This bill's supporters argue that the law needs to protect those people who could be discriminated against based on their sexual orientation or gender identity. They believe that adding sexuality and gender identity to the list of protected classes under the Civil Rights Act will give discrimination victims recourse.

“In 2021, every American should be treated with respect and dignity. Yet, in most states, LGBTQ people can be discriminated against because of who they are, or who they love. It is past time for that to change. I’m proud to introduce the Equality Act today, and I look forward to continuing to work with Senator Merkley to get this bill signed into law.”

“All of us go to work and school, go home, and go shopping, and none of us should have to keep our families hidden or pretend to be someone we’re not to do those things. But in 29 states, Americans can still be evicted, be thrown out of a restaurant, or be denied a loan because of who they are or whom they love. We all love the vision of America as a land of freedom and equality, but are we willing to take the steps to make that vision closer to reality? Let’s make 2021 the year the Equality Act crosses the finish line and is signed into law by President Biden.”

President Joe Biden has made this bill’s passage a priority for his first 100 days in office. House Speaker Nancy Pelosi (D-CA), who says this bill is “about ending discrimination,” also supports this legislation. She says:

“Our nation was founded on the promise that all are created equal and are worthy of dignity and respect, regardless of who they are or whom they love. With the reintroduction of the Equality Act, Congressional Democrats are making a resounding commitment to this truth: that all Americans must be treated equally under the law, not just in the workplace, but in every place. The Democratic House will now swiftly pass this landmark legislation and will keep working until it is finally enacted into law – so that we can combat anti-LGBTQ discrimination that undermines our democracy and advance justice in America.”

The Human Rights Campaign (HRC) supports this legislation. On the day of this bill’s reintroduction, it said:

“Achieving LGBTQ equality is a unifying issue for our nation. Today, the Equality Act was reintroduced in Congress with broad support from a majority of people in this country, hundreds of Members of Congress and an unprecedented number of businesses who believe that every person should be treated equally under the law. While President Biden’s Executive Order implementing the Supreme Court’s Bostock ruling was a crucial step in addressing discrimination against LGBTQ people, it’s still vital that Congress pass the Equality Act to codify the Bostock decision to ensure protection in key areas of life including where existing civil rights laws do not have protections on the basis of sex.”

What's the argument against the Equality Act?

This bill's opponents point out that states are already adopting laws to prevent discrimination on the basis of sexual orientation or gender identity. Some opponents also argue that the federal government shouldn’t compel business owners to engage in activities that go against their religious beliefs.

House Republicans have largely expressed opposition to this bill. Last year, Rep. James Comer (R-KY) said he was “deeply troubled” by the fact that the bill “effectively guts the Religious Freedom Restoration Act.” He added:

“This bill is following in the tradition of others we have seen so far throughout this Congress. A clever name, an allegedly noble purpose, but a vehicle for serious, harmful consequences.”

During a committee hearing in the 116th Congress, Julia Beck, a lesbian feminist who was removed from the Baltimore LGBT Commission for describing a male transgender rapist as a male and saying that men can’t be lesbians, expressed opposition to this billbecause it’d mean that:

“Male rapists will go to women’s prisons and likely assault female inmates as has already happened in the U.K.; female survivors of rape will be unable to contest male presence in women’s shelters; men will dominate women’s sports -- girls who would have taken first place will be denied scholastic opportunity; women who use male pronouns to talk about men may be arrested, fined, and banned from social media platforms; girls will stay home from school when they have their periods to avoid harassment by boys in mixed-space toilets; girls and women will no longer have a right to ask for female medical staff or intimate care providers, including elderly or disabled women who are at serious risk of sexual abuse; female security officers will no longer have the right to refuse to perform pat-downs or intimate searches of males who say they’re female and women undergoing security checks will no longer have the right to refuse to perform to refuse having those security checks being performed by men claiming a feminine identity… Everything I just listed is already happening and it’s only going to get worse if gender identity is recognized in federal law. I urge my fellow Democrats to wake up. Please acknowledge biological reality.”

In a report for the Heritage Foundation, Richard and Helen DeVos Center Director Emilie Kao argued that this bill would create “obvious liberty, equality, privacy, and safety concerns” by empowering the federal government to impose civil and criminal punishments on citizens who dissent from SOGI ideology; politicizing medicine by forcing doctors to treat gender dysphoria according to recommendations by transgender activists; and increasing pressure on parents to permit hormone and surgery experiments on their children to address gender dysphoria. Kao concluded:

“H.R. 5 would empower the federal government to impose civil and criminal punishments on citizens who dissent from SOGI ideology, including medical professionals, parents, women and girls, businesses, and charities. The bill would violate their rights to freedom of conscience, religion, and speech. The bill would also take away basic authorities of local communities to determine who is allowed in single-sex facilities and whether biological men and boys are allowed to join women’s and girls’ sports teams."

What's the current state of legal protections based on sexual orientation and gender identity?

Proponents of this bill cite the 31 states without laws on the books preventing discrimination based on sexual orientation or gender identity. While that doesn’t make it legal to discriminate on those grounds in those states, it does mean that such incidents have to be resolved through the judicial system via other claims — by local governments, or the policies of the company in question.

The enactment of laws in Mississippi and North Carolina preventing trans people from using single-sex restrooms ignited a national debate about discrimination based on a person's gender identity (the North Carolina bill was subsequently partially repealed). While similar proposals have been introduced in several other states, they have either stalled, been defeated, or vetoed.

Sound off in the comments: should gender identity and sexual orientation be protected classes under federal law?