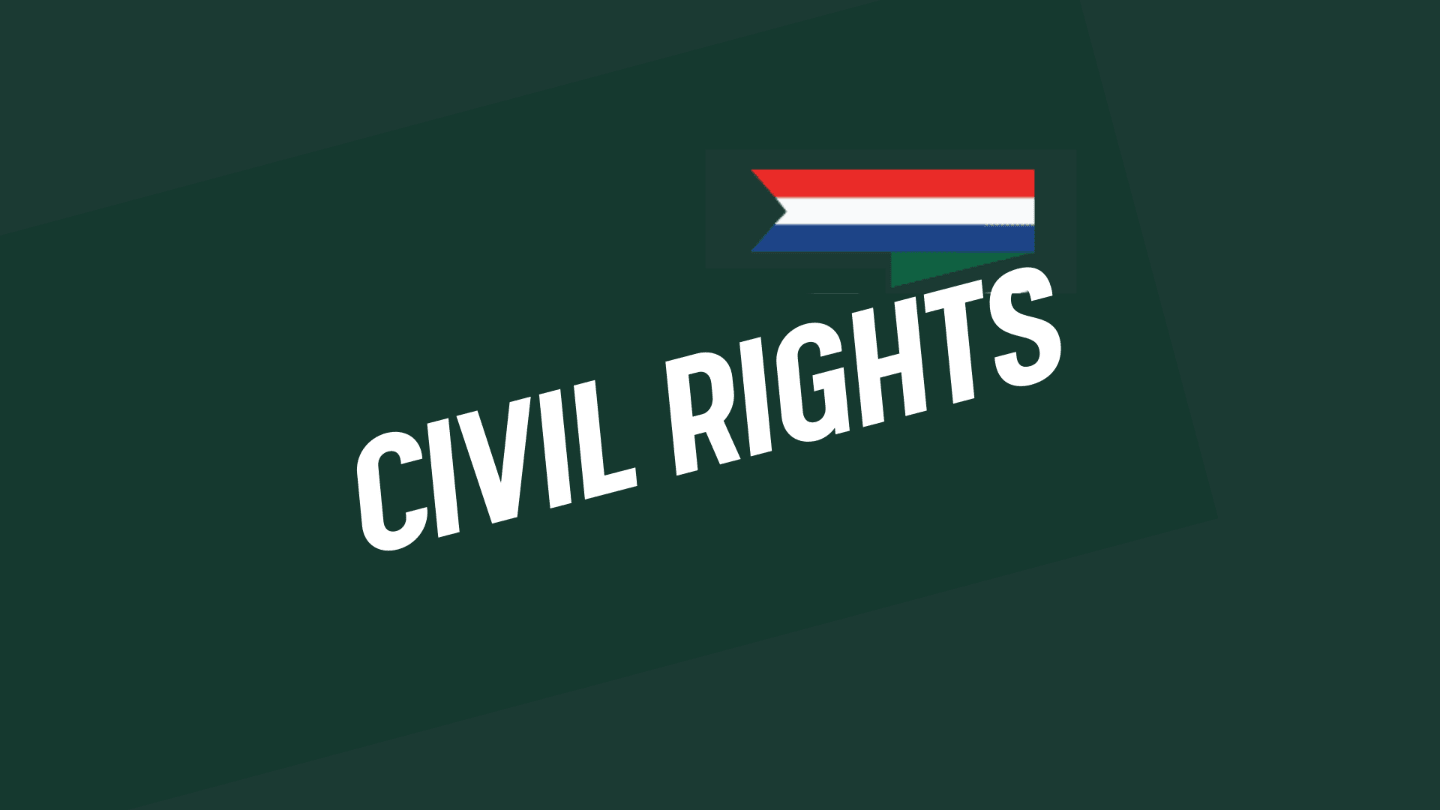 Help spread the dream that all people are created equal

Civil rights guarantee everyone equal social opportunities and equal protection under the law--regardless of race, religion, or other personal characteristics. The struggle for civil rights in the U.S. is rooted in the movement to end discrimination against Black Americans after the abolition of slavery. Even when former slaves were officially granted political rights, Black Americans continued to be systematically disenfranchised and excluded from public life in most Southern states. Forced to live as second-class citizens gave rise to a social movement of epic proportions in the 1950s.

Today, the struggle for civil rights continues for many marginalized groups. Black, immigrant, Native, and LGBTQ Americans continue to fight for equal rights. Below, you’ll learn about a few contemporary issues in the civil rights arena.

The question of whether to allow transgender athletes to compete in women’s sports has become a hot-button issue in 2021. In March 2021, lawmakers in three states - Arkansas, Mississippi, and Tennessee - passed laws banning transgender athletes from competing in women’s sports. Advocates for bans argue that biological men have higher testosterone levels, giving men and boys the advantage of “categorically different strength, speed, and endurance” over elite women, according to the Duke Law Center for Sports Law and Policy. Critics counter that these bans raise privacy concerns, discriminate against trans youth, and compromise trans youths’ health, social & emotional development, and safety.

3. ELIMINATING THE DEADLINE FOR EQUAL RIGHTS

If you watched buzzy Hulu ministries “Mrs. America," you know that ratification of the Equal Rights Act (ERA) has been a work in progress for almost a hundred years. H.J.Res. 17 would eliminate the deadline for ratifying the ERA, allowing this amendment to take effect whenever 38 states (three-fourths of the nifty fifty) approve it.

With 123 female representatives and non-voting delegates in the House and 24 female senators, the 117th Congress has a record-setting number of women lawmakers. As of 2021, only Vermont has never sent a woman to Congress.

Gay conversion therapy is a medically discredited practice that continues to affect over half a million LGBTQ adults in the United States. While 20 states ban conversion therapy for minors, 26 states - and the federal government - lack laws on this issue. Is it a First Amendment issue or human rights issue?