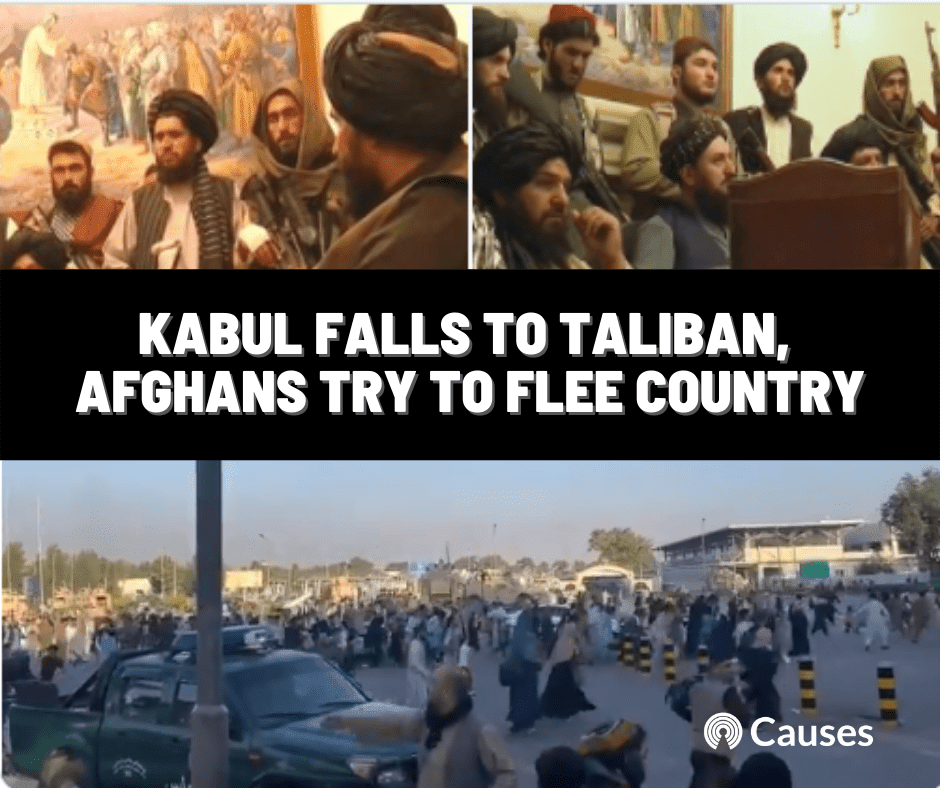 How do you feel about the Afghanistan drawdown?

﻿The Taliban on Sunday seized control of the Afghani capital Kabul and claimed victory.

Embattled President Ashraf Ghani fled the country as the Taliban entered the capital.

Chaos and panic gripped the Kabul airport, where thousands of residents and foreign nationals tried to escape Afghanistan.

The Biden White House is under assault for the "operational failure" Afghanistan drawdown.

“The time to debate whether we stay in Afghanistan has passed, but there is still time to debate how we manage our retreat,” Rep. Seth Moulton (D-MA), a Marine who served four tours in Iraq, said in a lengthy statement Sunday.

“For months, I have been calling on the Administration to evacuate our allies immediately. The fact that, at this hour, we have not even secured the civilian half of the Kabul airport is testament to our moral and operational failure."

In early July, President Joe Biden stated, “The likelihood there’s going to be the Taliban overrunning everything and owning the whole country is highly unlikely.”

On Sunday evening, a joint statement from the State and Defense departments said the U.S. is actively working to secure Kabul's airport:

"Tomorrow and over the coming days, we will be transferring out of the country thousands of American citizens who have been resident in Afghanistan, as well as locally employed staff of the U.S. mission in Kabul and their families and other particularly vulnerable Afghan nationals."

"And we will accelerate the evacuation of thousands of Afghans eligible for U.S. Special Immigrant Visas, nearly 2,000 of whom have already arrived in the United States over the past two weeks."