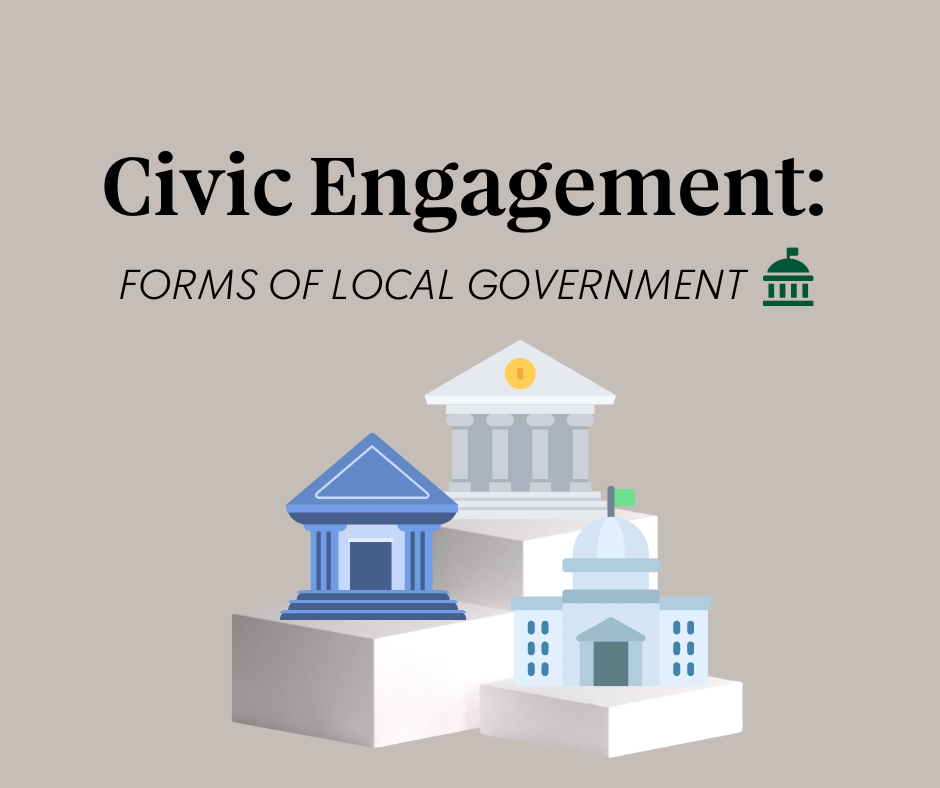 The relationship between the mayor and the city council varies across local governments, and this balance of power is important because it determines what formal - and informal - powers each government leader has.

Below are general descriptions of the main forms of local government, but keep in mind that specific powers, roles, and limitations will vary from city to city.

The mayor is typically elected by the public and their powers usually include the ability to:

A mayor’s power is not absolute and can be checked by the municipal charter, city council, courts, and state government.

33% of American cities use this form of government.

Here, the mayor is more of a political figurehead and holds little, if any, of the executive powers--all legislative power is held by the city council.

The mayor is typically appointed by the city council (and is often a council member), and they do not have veto power, budget power, or appointment powers. They perform ceremonial duties, hold some power in setting the legislative agenda and leading the council in meetings, and act as city leader for purposes of military law.

The city council commonly appoints a city manager to carry out the administrative functions of government.

59% of American cities use this form of government.

Elected members make up one governing body that holds all executive, legislative, and administrative powers. Often, each member is responsible for a specific area of local government, such as fire, health, education, police, and others.

Less than 1% of cities use this form of government.