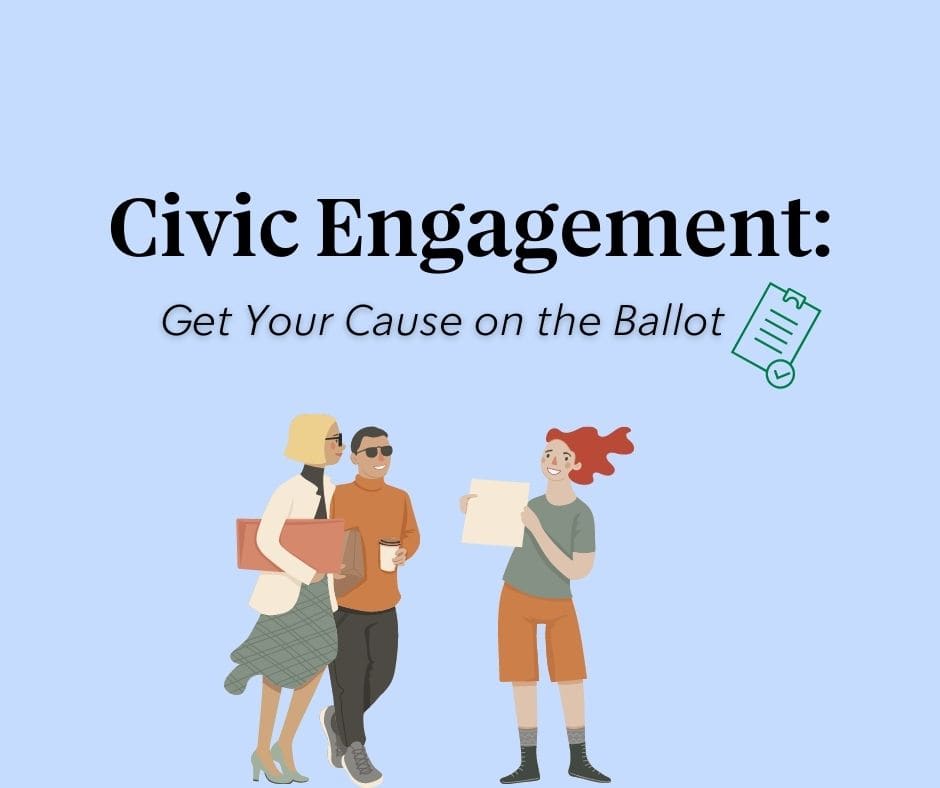 Civic Engagement: Get Your Cause on the Ballot

If you have a cause or issue you care about, you might be able to create, change, or repeal a law in your city or state. How? By utilizing the power of direct democracy with the initiative and referendum process.

What is an initiative or referendum?

How do they work?

Where are they allowed?

Why are they important?

See if your state or city has any current ballot initiatives here and learn more about how to get one started in your area.

Looking for more ways to make a difference? Click here.