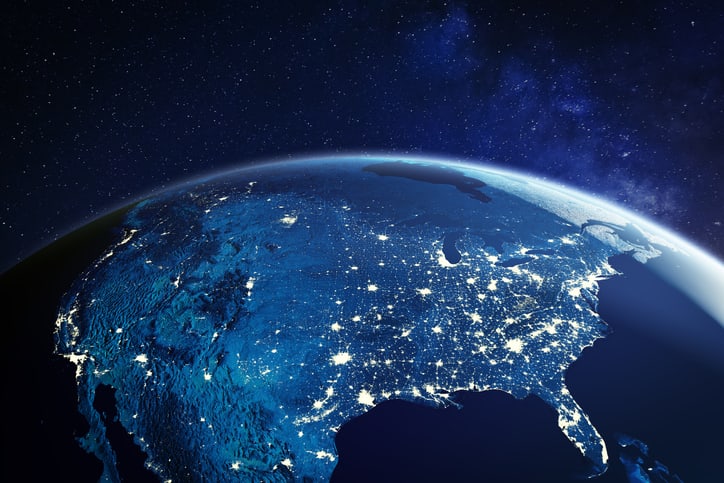 Why do you think population growth varied across the four U.S. regions? How do you feel about your region?

The U.S. population grew by about 1.5 million people between July 1, 2018, and June 30, 2019, which continues the slow-but-steady growth experienced over the last decade but amounts to the smallest annual population growth since the 1940s.

Census data indicates that while births have been decreasing and deaths increasing gradually in recent years, population growth from immigration has fallen at a faster pace in the past four years. The result, as this chart from USAFacts shows, is slow population growth over the past decade:

The chart below from USAFacts illustrates the drivers of population growth from 2018 to 2019 in terms of natural change (ie births & deaths) and migration. 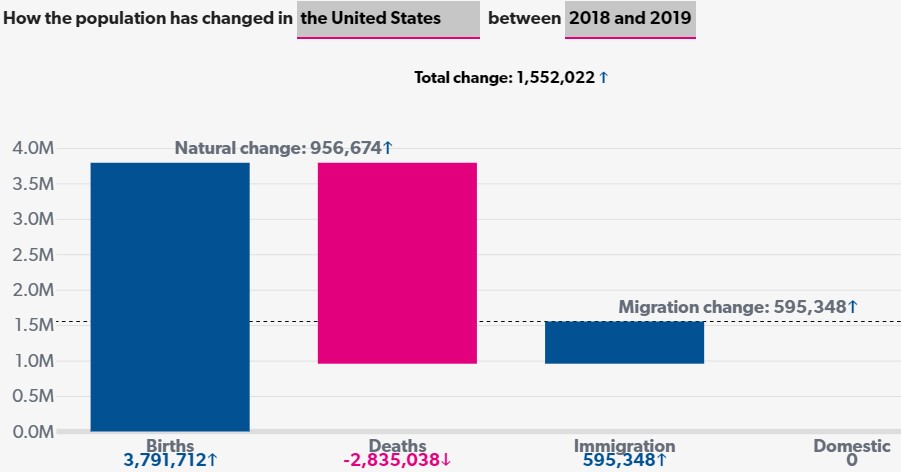 How does growth compare across the U.S.?

For the second consecutive year, the Northeast region saw a net decrease in population that was largely due to a relatively high level domestic migration (people moving from one region of the U.S. to another) that wasn’t offset by births or immigration. 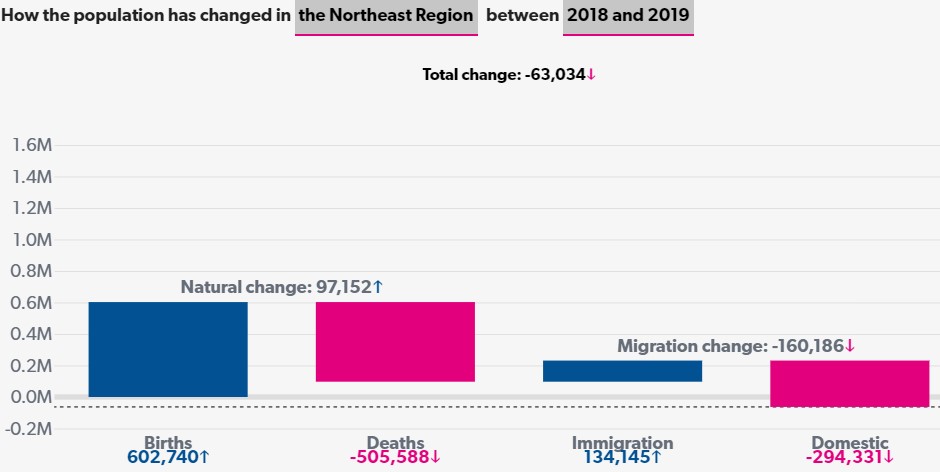 Like the Northeast region, the Midwest also lost population over the past decade due to domestic migration and has experienced falling year-to-year growth rates as a result. 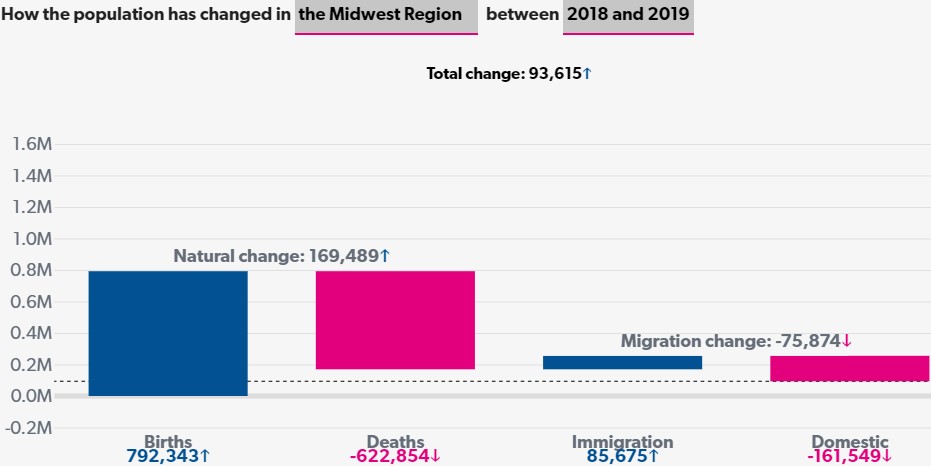 The West region saw the second highest net increase in population in 2018-2019, thanks to a relatively large number of births and immigration that was bolstered by modest domestic migration. 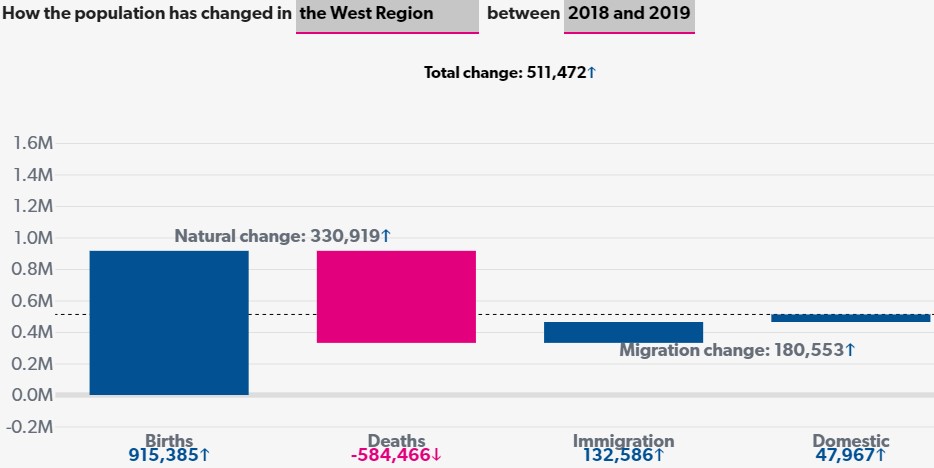 The South region experienced the largest population increase in 2018-2019 thanks to strong domestic migration & immigration totals, and a high rate of population growth from natural causes. 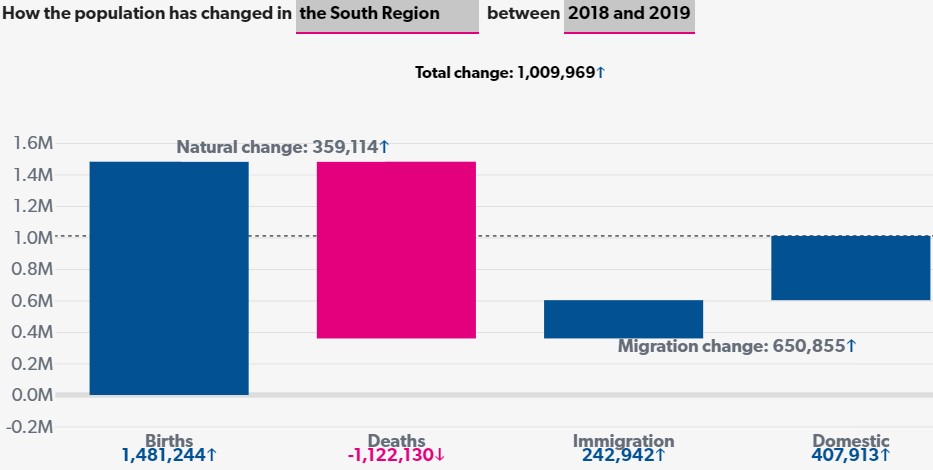 The regional above charts can be compared against other one-year periods from the past decade at USAFacts.