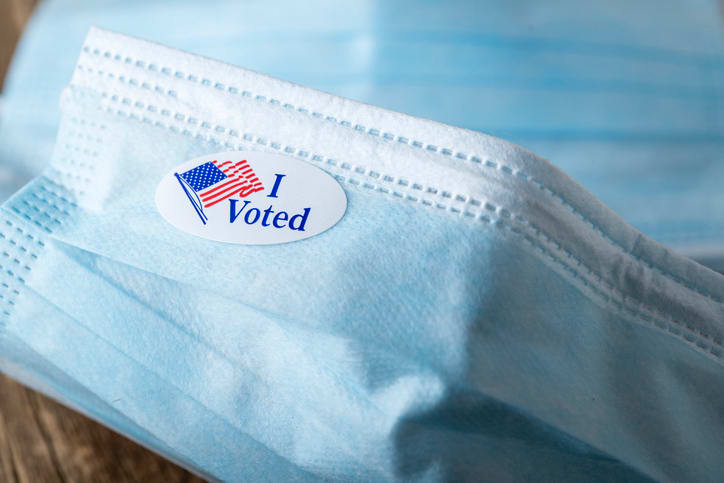 Will COVID-19 affect how you plan to vote this November?

Learn about how COVID-19 has affected elections.

How states shifted their primaries after the onset of COVID-19

In Illinois: 28.4% of registered voters cast ballots in the March 17 primary. This is the third-lowest turnout for a presidential primary in the past four decades. However, four of the previous six primaries saw turnouts of less than 30%.

Voting in the midst of the COVID-19 crisis: Wisconsin

Wisconsin held its primary–in person–in the midst of the coronavirus outbreak.

After moving through state courts to the Supreme Court, Wisconsin voted as scheduled in its presidential primary election on April 7. According to the Wisconsin Elections Commission, 34.3% of voters turned out to cast their ballots. While this was smaller than the voter turnout in the spring 2016 election (47%), it was similar to past presidential primaries.

In-person voting on the decline

Even before the pandemic, the percentage of votes cast in-person has declined over the decade. The number of states offering early voting, vote-by-mail, and no-excuse absentee voting increased over the past 10 years.