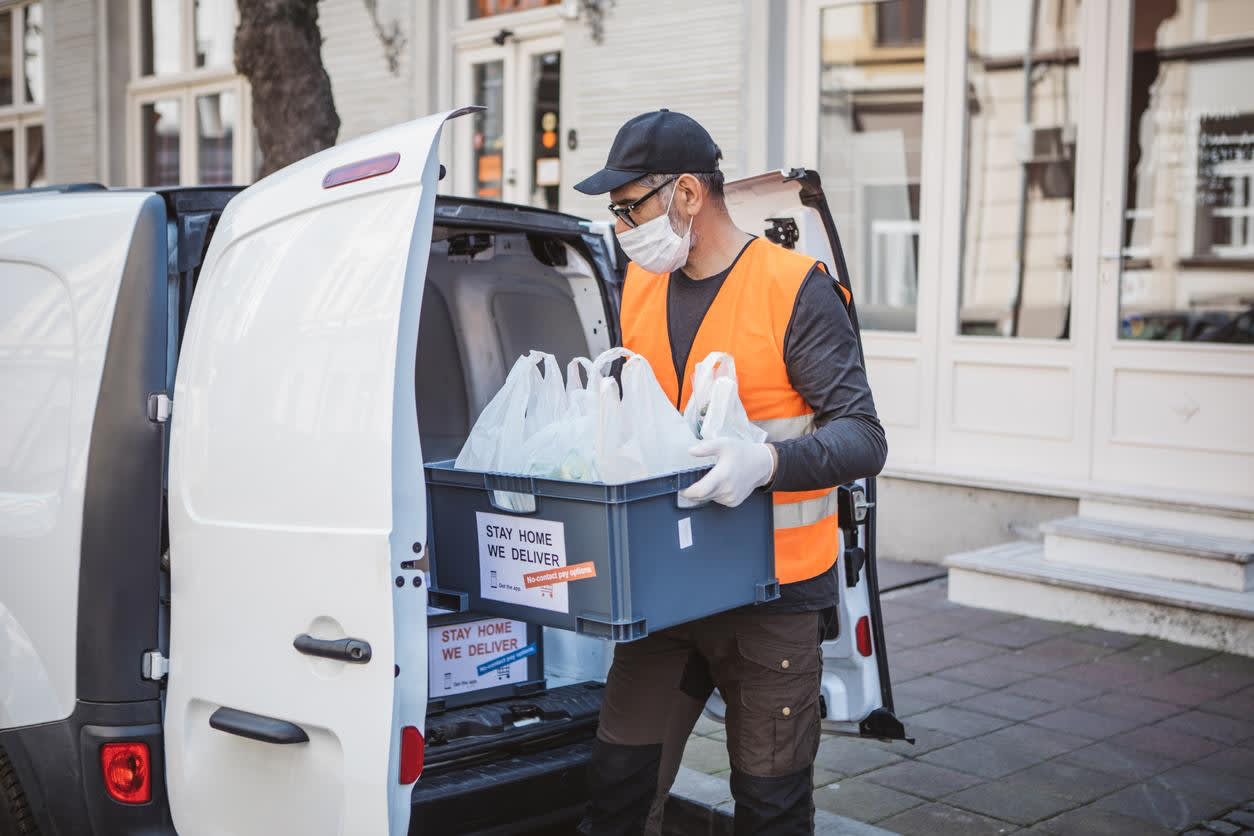 Learn how PPP funding is being allocated.

On April 16th, the Paycheck Protection Program (PPP) that provides forgivable loans for small businesses exhausted its initial $350 billion in funding it received under the CARES Act after 13 days of operating. While the Congress and the Trump administration enacted a second round of PPP funding amounting to $321 billion that became on Monday, the complete lending data from the first round offers insights into how small businesses and lenders are using the program.

According to Small Business Administration (SBA) data, in the initial round of PPP funding 1.661 million small businesses received a total $342.2 billion in funding from 4,975 lenders (the remaining funds were reserved to cover associated loan fees), and no single lender originated more than 5% of the loans by dollar value. PPP loans are capped at a maximum of $10 million to cover two months of payroll, and the average loan size was $206,000.

In the first round of PPP funding, forgivable loans were provided to businesses in every U.S. state and territory. This chart from USAFacts shows the number of approved PPP loans in each state: 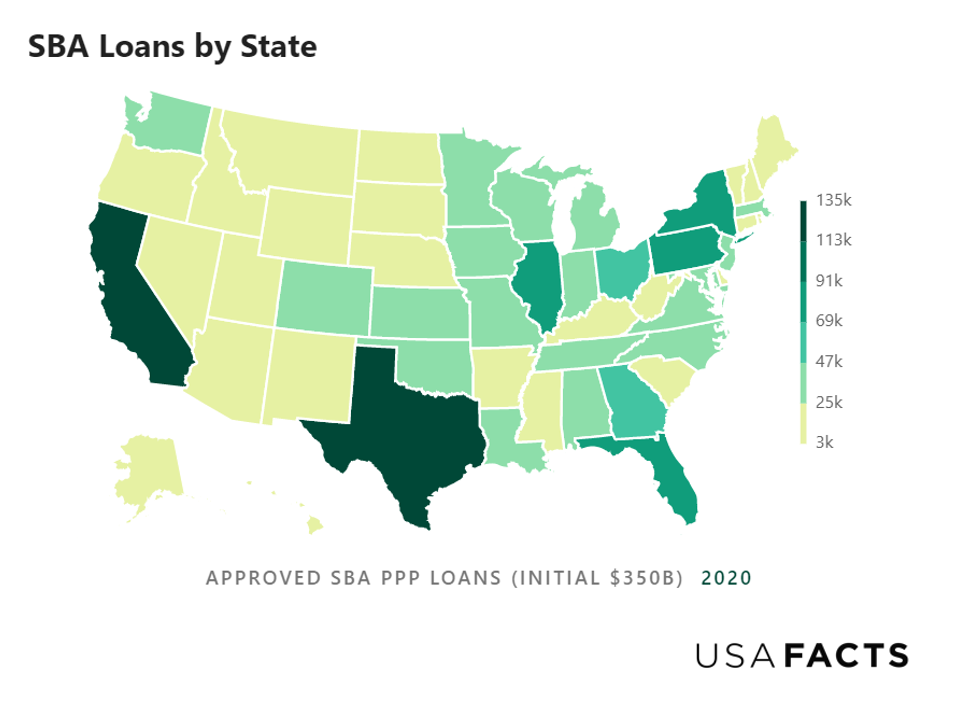 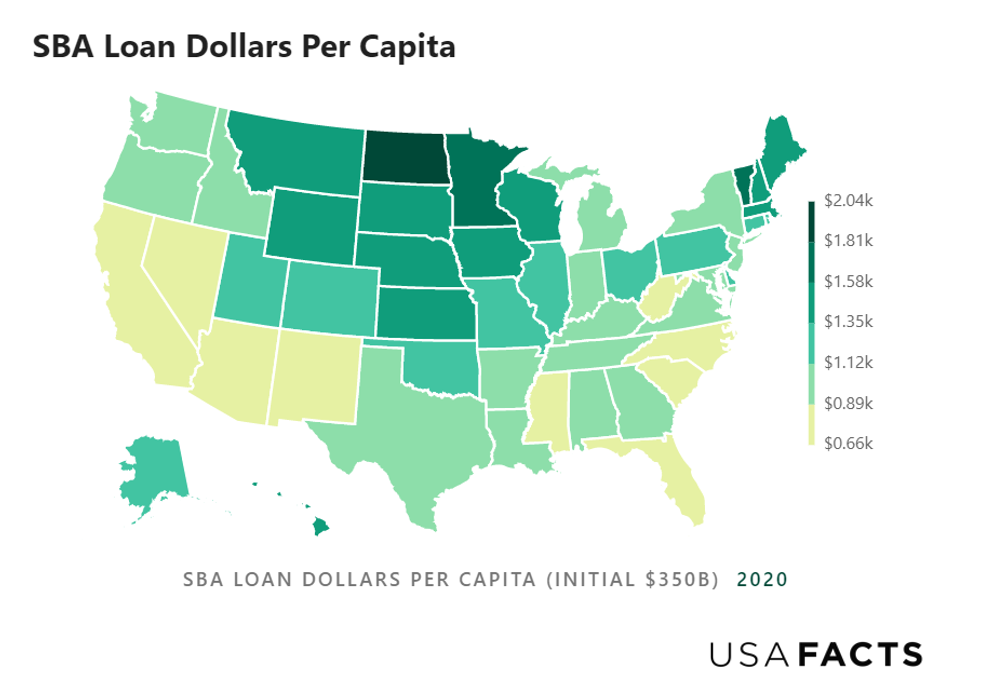 The PPP is designed to help small businesses with fewer than 500 employees cover up to two months of payroll and related expenses, up to a maximum of $10 million. As a result, loan amounts were fairly evenly distributed between the smaller and larger businesses within that spectrum. This graphic from USAFacts breaks down the proportion of PPP loans made in each size range, and shows that the largest cohort was the $350,000 to $1 million range: 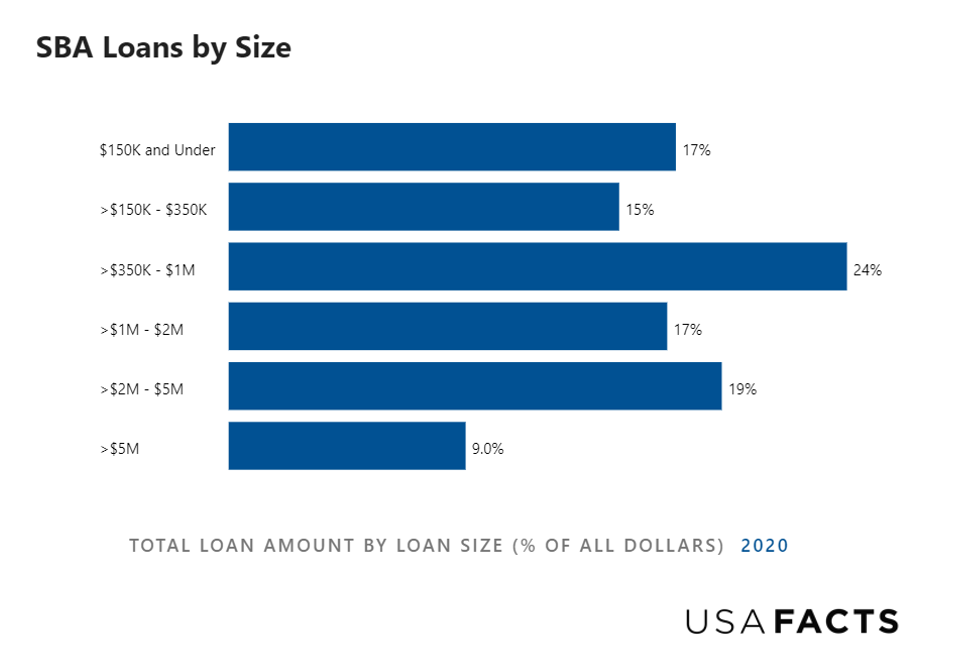 The coronavirus (COVID-19) pandemic and the stay-at-home orders it prompted have impacted the operations of small businesses across economic sectors. This chart from USAFacts shows the top five industries that received PPP loans: 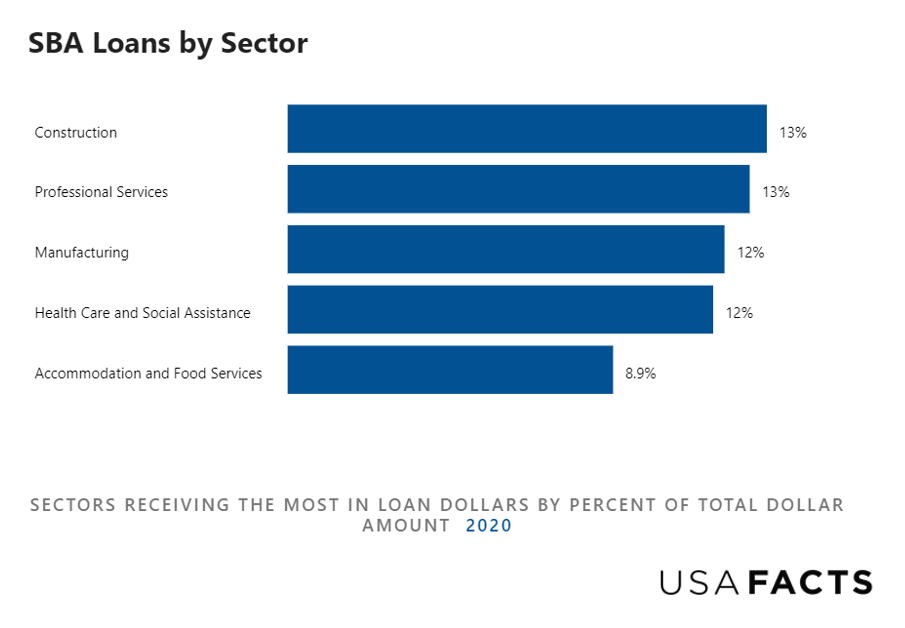 This table compiled by USAFacts shows the total number of PPP loans for each industry, the dollar amount, and its percentage relative to the entire $350 billion first round of PPP loans: 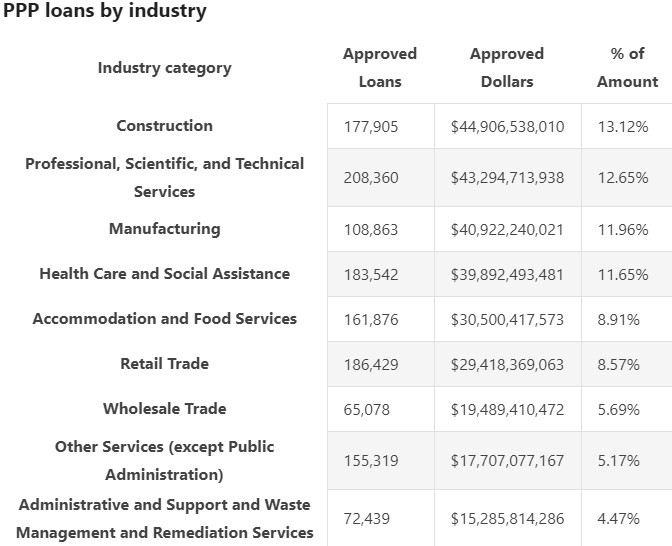 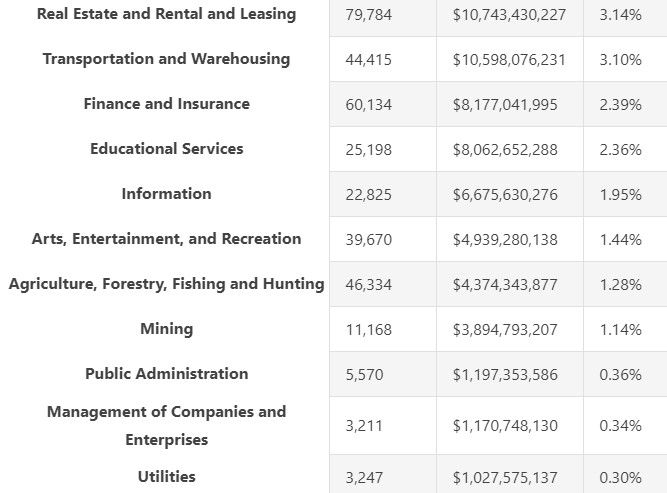 To learn more about the Paycheck Protection Program and how small businesses can apply, click here.

To learn more about the Paycheck Protection Program and how self-employed individuals can apply, click here.